Hit singer & songwriter RealBwoy Morgan’s single themed “Pantalo” Featuring KMP artiste Nez Long has found its way online and leaked. The track is named as which happens to be one of his unreleased songs.

The producers behind the Unmastered leaked song is Kenz & Beingz alongside independent producer Dj Dro.

Thunder One4 weeks ago 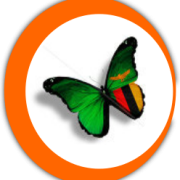